Meeting with the Italian Chamber in Mexico 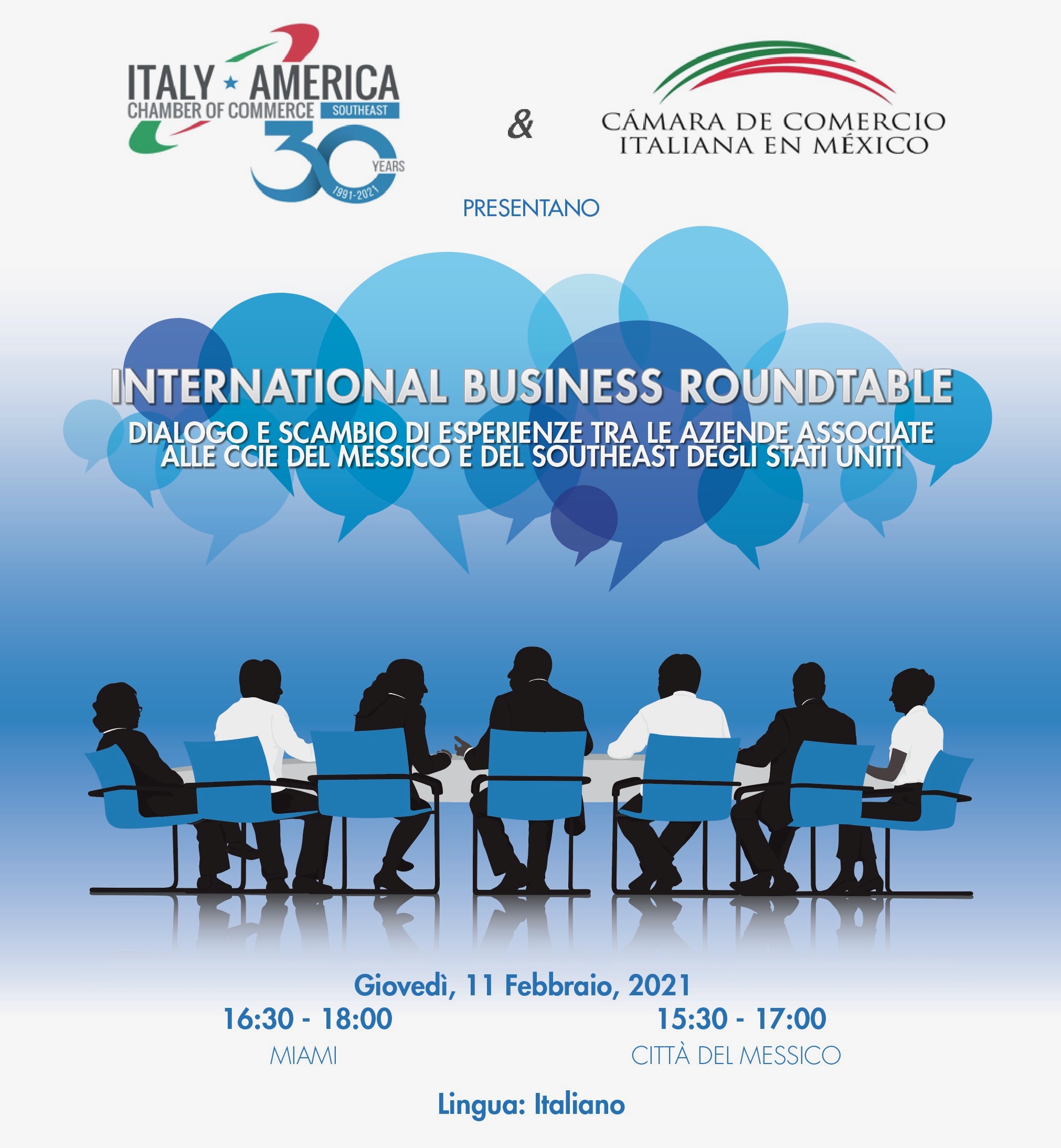 On Thursday, February 11th, the IACCSE invites its members to participate to the networking event, ‘International Business Roundtable’, to explore new opportunities both in Mexico and the South-East of the United States while listening to first-hand testimonies of Italian companies that are developing projects in these areas and sharing opinions and information with other entrepreneurs.
The event will start with an introduction of the two Chambers’ presidents Tommaso Cardana (IACCSE President) and Lorenzo Vianello (President of the Italian Chamber of Commerce in Mexico). Afterwards, top-level managers from Fincantieri (naval costruction), Pininfarina (design-real estate), Pirelli (automotive) and Stevanato Group (pharmaceuticals) will share their experiences in the market with the audience before opening up a discussion in which participants have the chance to share personal knowledge, idea or questions.
The Mexican economy is made up of 130 million consumers. More than 90% of Mexican trade is under free trade agreements with many countries, including the European Union, and much of Central and South America. However, its most important agreement is the USMCA signed in 2020 by Canada, Mexico, and United Stated to replace the previous North American Free Trade Agreement (NAFTA).
According to the Mexican Ministry of Economy, about 1,600 Italian companies operate in Mexico, and approximately 150 have production plants. The flow of Italian investments in the country has increased significantly, totaling more than US$1 billion, which makes Italy the fifth-leading source of FDI to Mexico after the US, Canada, Spain and Germany. Starting from last year’s tax-free trade agreement between the European Union and Mexico, many renowned Italian companies laid down long-term plans for new investments in Mexico, and our participants will have the chance to hear some of them during the meeting.
Join us* to widen your company’s horizons and listen to Italian managers with specific experience in both markets.
*the meeting will be in Italian and is an exclusive event open only to IACCSE members