E-MASTERCLASS SERIES: “BACK TO THE ROOTS” with Michelin-starred Chef Christiano Tomei 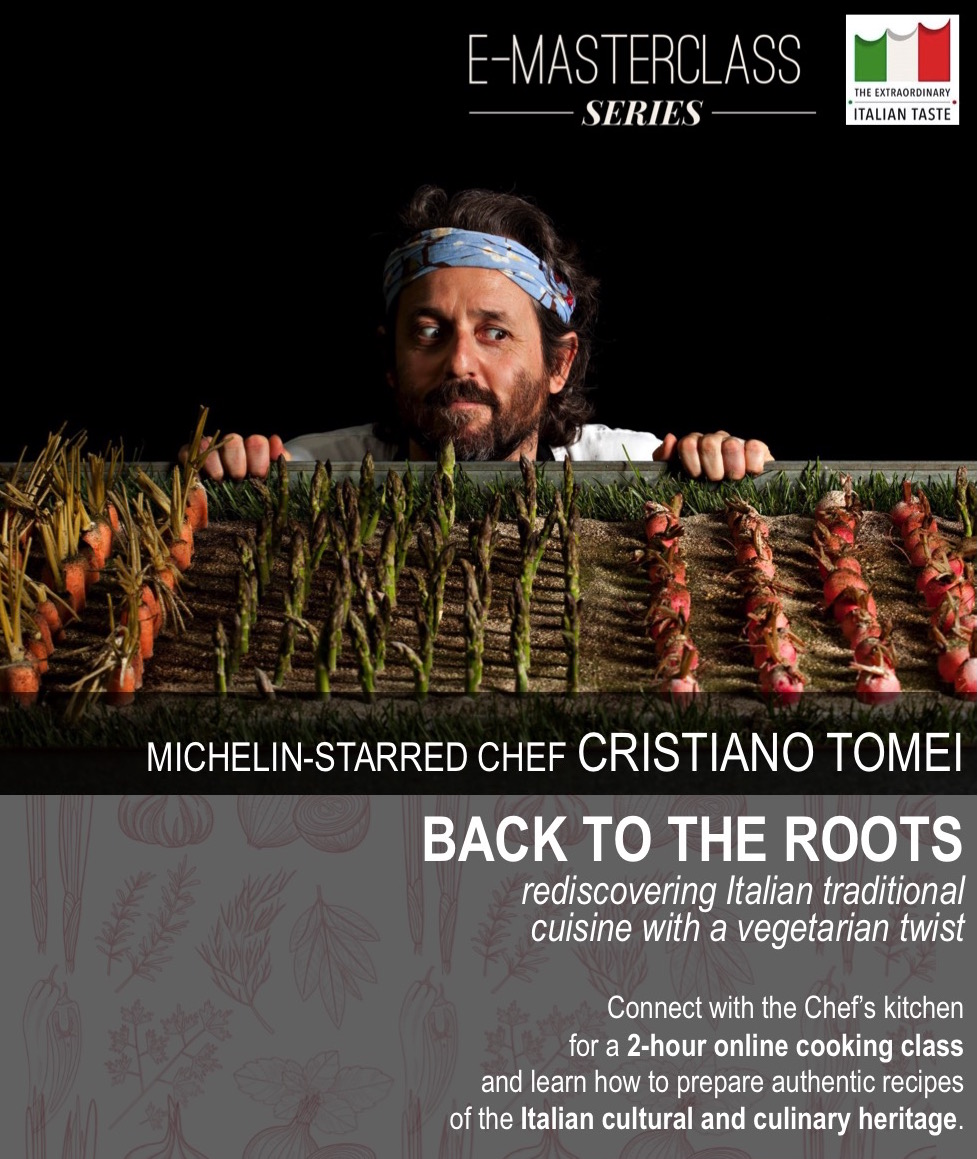 If you think you know authentic Italian cuisine…Think twice.

Beyond the three magic P’s –pasta, pizza, polenta– there is a vast choice of traditional recipes that omit animal protein. The average everyday Italian diet is very vegetarian-friendly, and the reason for this is the country’s cultural heritage.

Italy experienced opulence only after the industrial revolution. Animal protein until then was a lavish indulgence not all layers of society could afford, especially in the more poverty-stricken, rural areas of the country. Proof of this late 19thcentury austerity is now densely present in the traditional meatless preparation of classic recipes and regional specialties. Italians heavily rely on locally-grown produce and seasonal crop cycles to prepare their daily meals

Michelin-starred Chef Cristiano Tomei walked us through a reinterpretation of everyday Italian favorites.

Michelin-starred Cristiano Tomei, is considered one of the most talented chefs in Italy. 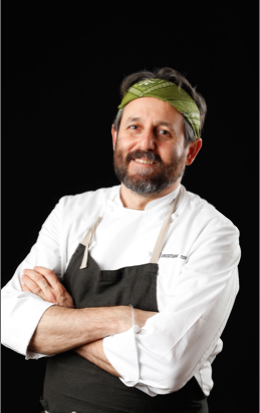 He is largely known for his tremendous ability to combining local traditions with foreign influences. His cuisine enhances locally-grown products, recalling his grandmothers’ cooking methods, as well as his deep connection with his Tuscan roots. while interpreting and pairing them with a more modern twist.

He is also known for hosting a variety of cooking TV shows in Italy, acting as a judge on “Cuochi d’Italia” and “Pupi & Fornelli”, and on the “Kitchen Sound show” side by side with Chef Alessandro Borghese. He has a great capacity to entertain the public thanks to his playful and genuine character.

His restaurant – “L’Imbuto” -located in the historic city of Lucca (Tuscany), conquered the Michelin star in 2014. It has little to do with fine dining restaurants. It almost looks like a bistro. There’s not even a menu:”Just say the number of courses and leave it to the chef”. He explains: «Cooking is like jazz: the music score is set, but harmonies are the result of the musician’s improvisation. As chefs, we must offer happiness, our goal is to engage the senses”

The online masterclass was run on the Zoom platform from 4:00 to 6:00 pm EST.

VIP Guests received a home-delivery gift bag containing the ingredients and recipes necessary to prepare the dishes, as well as informative collateral about the products used.

During the two-hour online class, the audience was educated on how to appreciate the selected products needed to create the dishes, while preparing their own recipe from their kitchen.

Contact us at marketing@iacc-miami.com to discover how to partner with
us for the next appointment of the IACCSE e-masterclass series.

An event brought to you by