By admin 20th December 2019 News from our members No Comments

Recently the Trump Administration has implemented tariffs on goods being imported from the European Union. A tariff is a tax placed on internationally traded goods, and must be paid by the exporting country.

The Administration placed a 10% tariff on aircraft imported from the EU and 25% duty on agricultural and other products. 7.5 million dollars of tariffs were imposed on a variety of goods. To Italy, the US is the most important (non-European) trade partner with two-way trade totaling 77.875 billion dollars in 2018. The main goods exported from Italy are automobiles. Alfa Romeo, Ferrari, Fiat, Lamborghini, and Maserati are a few of the well-known car companies manufacturing cars in Italy.

The implementation of these tariffs is a result of the World Trade Organization, allowing the US to recuperate damages from the EU subsidies to the aircraft maker Airbus. Airbus is an European aircraft company based in Britain, Germany, and France. The Italian government finds it unfair that goods being exported from Italy are being subject to tax when they were not involved in the production of the Airbus. The World Trade Organization has recently found that Airbus and its rival Boeing have received billions of dollars in subsidies.

During the visit of the Italian President Sergio Mattarella to the White House last October, Mattarella asked President Donald Trump to ease up on the tariffs being placed on Italian exports. Trump responded by saying that maybe the US government was a bit harsh on the Italian government, and that was not their intent. The president said he valued the partnership the US has with Italy, and he will look into the tariffs being placed on Italian products. Will these tariffs cause the United States and Italy to lose their close relationship? 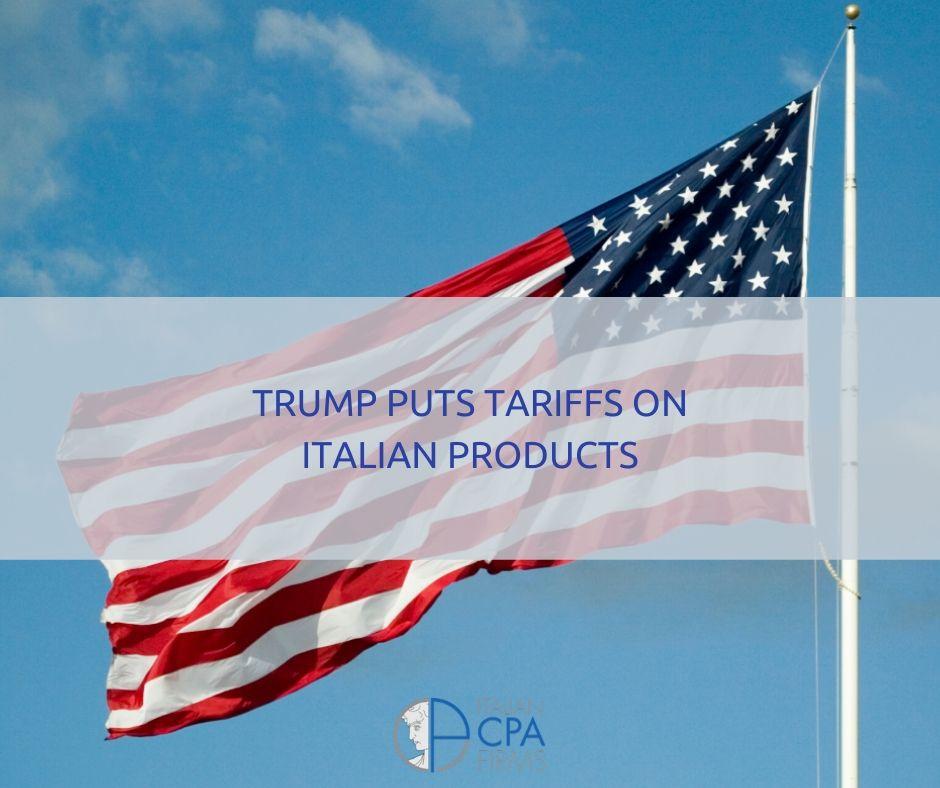