By admin 29th October 2021 News from the Chamber No Comments

The County’s delegation met with elected officials of Italy’s port cities – Viareggio, Florence, and Genoa — to promote cruising, tourism, cargo, and future economic opportunities in Miami-Dade County. During the visit, an International Sister Cities agreement was signed between Miami-Dade County and Viareggio, Italy and an International Sister Seaports agreement was signed between PortMiami and the Western Ligurian Sea Port Authority.

The mission received the support of the Consulate General of Italy with the objective to increase relations and collaborations in the tourism, cultural and commercial fields.

The IACCSE will be involved in the business development aspects of this first Miami-Dade County international mission after the beginning of the pandemic.

Italy is the first European trading partner of PortMiami and the second European Trade partner of the state of Florida.

Specifically, the marine industry will be a primary focus of this collaboration. 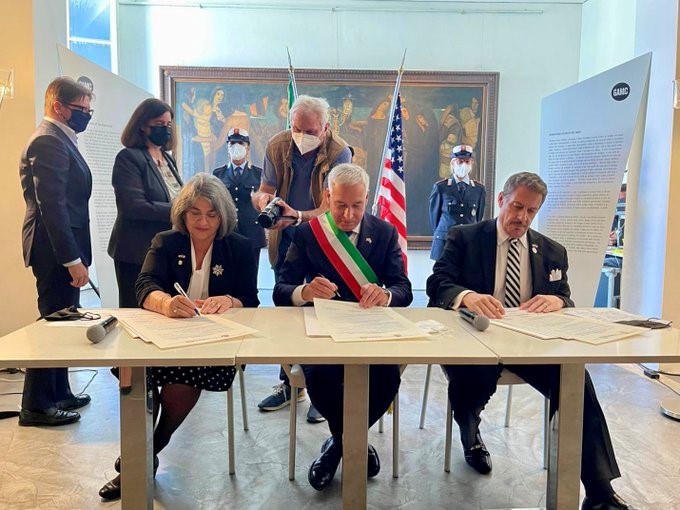