By admin 29th February 2016 News from our members No Comments
Miami’s very own FYI International continues to enforce it’s a reputation as a global leader throughout the yachting industry. At the end of January 2016, FYI International announced the closing sale of 6 offers all made on Italian-built yachts grossing a combined total of USD $26 Million.
The 6 sales came from 5 of FYI International’s top producing yacht brokers, Ralph Navarro, Rey Navarro, Rafael Barca, Arney Mendez, and Raul Faget.These included vessels from some of Italy’s most-renowned yacht builders – Azimut, Ferretti, Tecnomar, Aicon and Benetti – ranging from 70ft to 120ft. The announcement continues the trend of Italian-built vessels becoming more and more popular here in the USA. Combining sleek designs with both performance and luxury, many of these brands are becoming household names amongst US yachting enthusiasts. 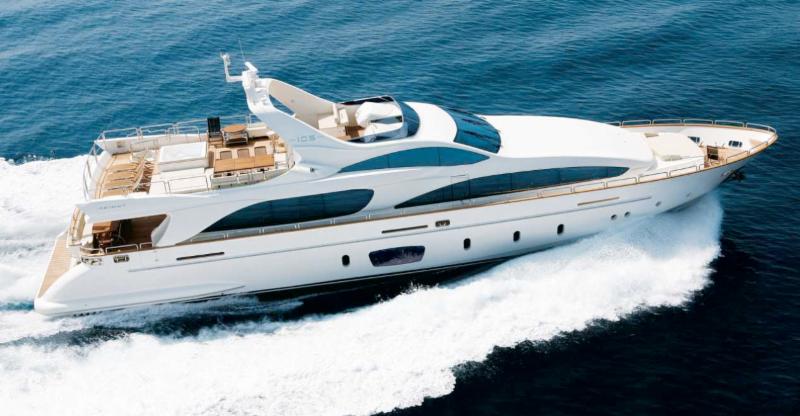 Rey Navarro, was responsible for 2 of the 5 Italian-built vessels being sold including the sale of a 2007 92′ Tecnomar Velvet and a 2012 105′ Azimut Grande. FYI CEO, Rafael Barca consulted the closing and sale of a 2014 100′ Ferretti Custom Line, while FYI Founder, Ralph Navarro, closed on a 2010 85′ Aicon. Arney Mendez, continued his impressive start to 2016 by announcing the sale of a 2004 74′ Azimut Solar. Rounding off the flurry of Italian-built vessels sold by FYI, Raul Faget completed the sale of a 2008 120′ Benetti to a local Miami-based artist.
The trend is set to continue throughout 2016, with FYI International holding central listings on 48 Italian-built yachts from over 12 different builders. With inventory dispersed across the US and Europe ranging from 50-250ft, the FYI team have unmatched expertise and knowledge of any vessel coming out of the capital of global yacht building – Italy.