MARINE INDUSTRY: Elka Design and the future of carbon fiber (By Elka Design)

By admin 29th February 2016 News from our members No Comments
If you have been to the Miami International Boat Show  between the 11th and 15th of February, there is the possibility that you have encountered a very special  and unique product  MADE IN ITALY, and sold also in the USA, theElka Design carbon fiber shower column “7080GAPC” .
It was exhibited at the stand of the Elka Design American distributor, Scandvik.
The reason why Elka Design decides do create something so advance and futuristic is found in their story: 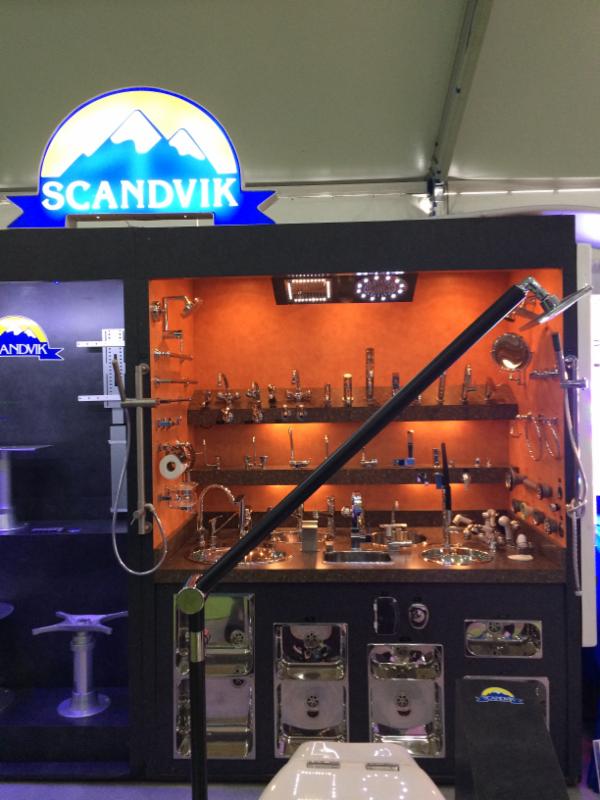 At  the  beginning  of 2003 Elka is born and immediately acquires important customers in the camper’s market. For four years the company works tirelessly,  Elka also starts to expand to French and Germany  and a website is lunched. In 2005 Elka gets in contact with a shipyard and the first “Custom” item was produced for naval use ,it was an emotional shower, a new path was open for Elka. In 2006 Elka gets  officially introduced in the naval marketplace. In 2008, despite the strong crisis, Elka hired a new designer ,Luca  and with his help, the CEO Katia goes to Florida to visit an important exhibition .
In 2011 Elka  marine distributor situated in Fort Lauderdale, agrees  to sell their products. After that Elka very futuristic tap “all in one” gets chosen for the Twenty Century Fox movie “Prometheus”. During the 2013 Dubai boat show  Elka presented ,along side the jeweler Davide Maule , the “Cellini” a unique tap made in gold and adorned in gems. It was then that Elka decided to look forward and create something new and unique.
Today Elka exports to  USA ,Europe , Asia, and  the Middle East. History never stop, and this is the secret ,never stop  and  always look at the future ,just like Elka carbon fiber shower.
Visit their Facebook page  or  website!